This past Thursday marked the official beginning of the 33rd Vancouver International Film Festival (VIFF). While not the most prestigious film festival in Canada — that honour goes to Toronto — it is one of the five largest film festivals in North America.

In many ways, VIFF is about legitimization. Unproven filmmakers offer up their passion projects in the hopes that they will be accepted by festivals, maybe even win a few awards, and get picked up for distribution by production companies. Unproven critics (such as myself) are legitimized when we get a media pass to all the films, given chances to interview directors, actors, and have the opportunity to make a name for themselves. The British Columbia Film Industry legitimizes itself by hosting and screening films made in BC. Even the average attendee is legitimized: he or she can now brag to their friends about the “films” they saw instead of the lowly “movie” of the cineplex.

If you’re a movie fan, and you live in Vancouver, you should try to attend at least one screening. It’s a great place to introduce yourself to both independent films and foreign cinema, and, as one friend constantly reminds me, the chance to see films in theatres which you will likely never again be able to see. It’s not about seeing “highbrow” or prestigious films, but opening yourself up to the offerings from 75 different countries, seeing what the rest of the world has to offer cinema.

And even if you’re not in Vancouver, don’t worry, I’ll have lots of coverage here at Converge to let you vicariously watch as many films as I do. Since it’s both my first year attending VIFF, and only the second time I’ve ever had a press pass, I’m going to making the most of it, taking in as many films a day as can fit.  My hope is to explore and learn about VIFF over the next two weeks, and work through the significance of interesting films; so stay tuned if that sounds like a discussion you’d like to be a part of.

My first day of VIFF was both underwhelming and exceeded my expectations. I don’t know what I thought it would be like, but I figured it would have some more excitement in the air. I expected something called a festival to have a bit more pizzazz. Instead, it’s mostly standing in lines with folks over 50 waiting to cram into old theatres. And yet, to be in a vintage theatre, with literally not a single empty seat, and surrounded by enthusiastic cinephiles, there’s a certain kind of beauty that resonates with me: a sense of community and solidarity in our appreciation for cinema.

To Kill a Man (Matar a un hombre) 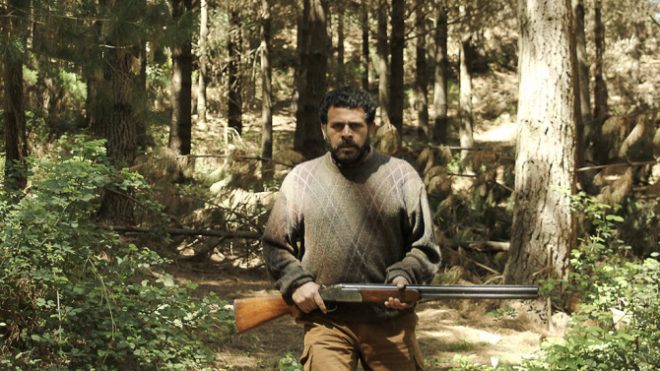 To Kill A Man, made by Chilean director Alejandro Fernández Almendras, is a tightly wound drama that manages to avoid the histrionics of a conventional thriller, even as it builds the tension of one. When a local thug begins pestering the emasculated Jorge, it not only rips open his family like a knife, but Jorge’s soul as well. Perhaps the single best quality of To Kill A Man is that while it is made up of many moments charged with their own potential energy to propel the plot forward, the film allows itself the privilege of not always pursuing that potential. Instead, it avoids twists and turns and follows a conventional narrative, supplemented through a remarkable eye for staging each scene, using light and shadow to not only set the mood, but to prime the characters as well. 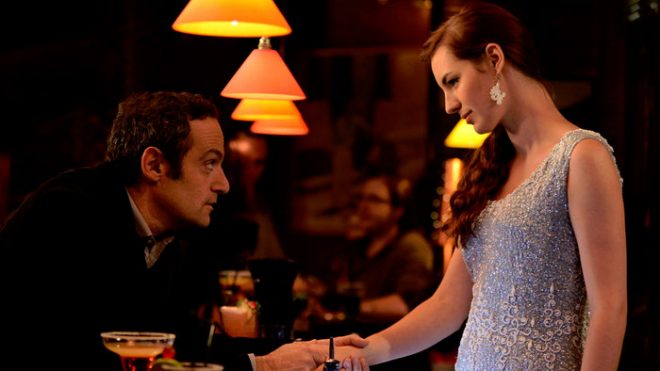 This film is of interest primarily because its director Axelle Ropert is a critic-turned-filmmaker. Unfortunately, there is little else of interest in her film. On surface level, Tirez La Langue Mademoiselle is about a love triangle between a pair of brothers who run their own medical practice, and the single, remotely beautiful mother of one of their new patients. And unfortunately, it doesn’t get much deeper than that. While it avoids of the pitfalls such a story could bring to the table, the premise is played out too straight to avoid its inherent flaws. Composed through deceptively simple cinematography which works to separate its characters, even as it brings them together relationally, it had potential to be more than what it is. Tirez La Langue Mademoiselle is a mild distraction which makes for a fine afternoon, but it fades from memory before it’s over. 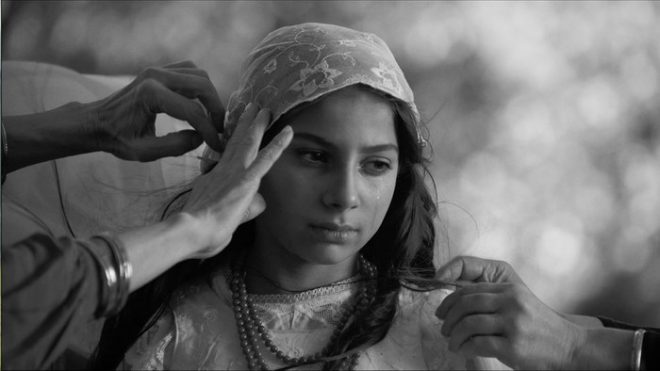 A near masterpiece from Polish writer/directors Joanna Kos-Krauze and Krysztof Krauze, Papusza tells the tale of the Polish-Gypsy poetess Bronislawa Wajs, who goes by the name of Papusza. Nearly spanning the entire 20th century, and told in a decidedly non-linear format, Papusza has much to admire on a technical level. The cinematography is a breathtaking ode to black and white cinema, and centres itself around a series of wide establishing shots that evoke a bleak beauty, echoing the way of life for gypsies in the early- to mid-20th century. At times this bleakness can give way to a dulling of the senses, but the film compensates through lively characters and intermittent bits of rousing musical numbers. I only wish that Papusza decided to play with the poetry of its subject, rather than merely have its characters discuss it. But even with all that Papusza does so well, it wouldn’t quite transcend itself as a simple biopic if it didn’t have such keen insights into the nature of the relation between great suffering and great art. While it does not exhaustively explore that connection, it still leaves the viewer emotionally drained, considering the psychological trauma of which Papusza endured, informing her poetry.