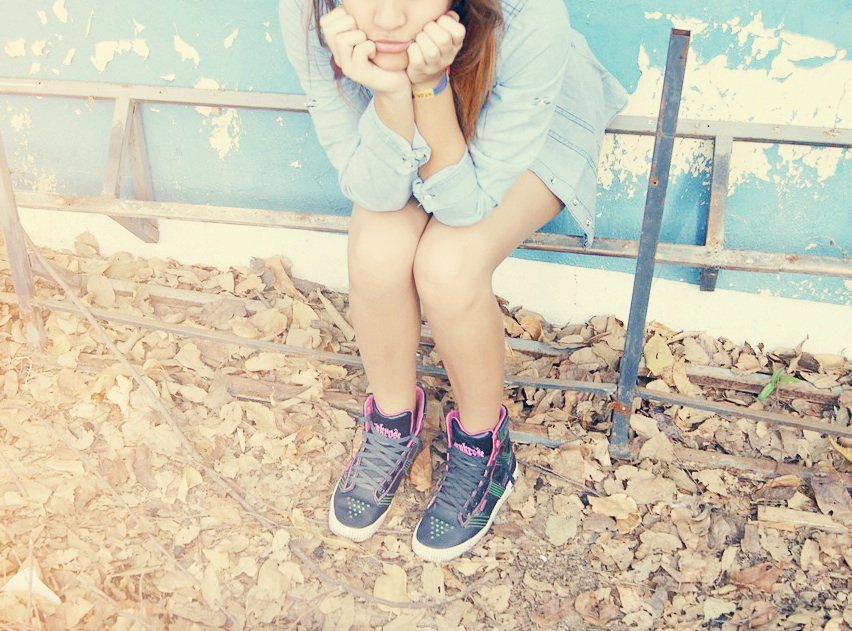 Unlike most people my age, I have never been kissed and I’ve never been in a relationship. I have only been on one date my entire life, and it was a complete flop.

I know that my value comes from Christ, but it’s hard sometimes. I have had plenty of crushes before, and those have only left me feeling rejected, and with a one-sided friendship that fizzles out. After a heartbreak over spring semester and giving that pain to God, I have developed feelings for someone else. But I am a bit worried that the same thing is just going to happen once again, and that’s the last thing that I want. The guy loves the Lord, and I do really appreciate his friendship. But I can’t seem to shake this crush….

When you like someone a lot it feels like you’re Jennifer Lopez and he’s Matthew McConaughey. If only you could just get your shoe stuck in a grate, faint in the street, and then mumble something about plums when he saves you. And then, when you later plan his wedding, he’ll notice you and you’ll fall in love and then you’ll live happily ever after and you’ll have little JLo babies whose first words will be “Alright, alright, alright.”

That’s a nice thought, isn’t it? It’s nice to drown in the throes of romance and everlasting love. It’s a lovely place to dwell. It’s the world of “if only….”

I have the blessing and curse of an overactive imagination (and I’ve watched The Wedding Planner far more times than I care to admit). Sometimes I get caught up in these thoughts, too. Living in the world of “if only…” is fun, but it can be dangerous. It allows you to create ideas in your head that feel so right and real and exciting — and then when they don’t happen, you’re crushed. This is especially true when romance is involved. You create these false expectations that set you up for unnecessary disaster.

Crushes aren’t bad. They are pretty fun, but I do worry when they go too far. I’m not saying you have to buy a bunch of cats and turn into a crotchety old woman who has lost all hope for love, but I am saying it is wise to manage your expectations in these situations.

Sometimes when you like someone, they don’t like you back. It’s not a reflection on your character or personality. Sometimes they just plain aren’t interested in you.

There are probably lots of guys out there who you don’t like either. You’re not rejecting them, you just don’t have feelings for them. That feeling of rejection is a mismanaged expectation. You’re expecting something from someone who doesn’t really owe you anything, and when you don’t get what you’re subconsciously expecting (to be liked back with the same intensity), you feel rejected. You didn’t do anything wrong and neither did he. He just doesn’t like you back. And sometimes that happens.

I’m also wondering about that heartbreak you mentioned. One bad date or unrequited love shouldn’t necessarily lead to heartbreak. Disappointment? Absolutely. But if you are feeling heartbroken because a guy doesn’t notice you, then you’ve invested too much of yourself into someone who won’t give you what you crave. Maybe that’s why these crushes always seem to turn into one-sided friendships that fizzle.

You can’t work a teeter-totter on your own. It requires two people investing the same amount of energy into making it work. Relationships are the same. The ones that last (or even begin, for that matter) aren’t lopsided. They work when both parties work. There is no give and take when you’re crushing on someone. Having a crush isn’t inherently bad, but you can’t expect him to hop on the teeter-totter if he’s not even hanging out in the same playground.

Be careful with your heart, my friend. It’s precious. Don’t dive too deeply into a world of crushes and false romance. Even if a guy likes you back, he won’t fulfill you like you think he will. Go ahead and be interested in the guys around you, but manage your expectations. If you value this guy’s friendship, then keep it that way: expect no more than just friendship. Don’t get invested in something that doesn’t exist, and don’t let your mind wander to places that will result in unnecessary heartbreak.

Leave the world of “if only…” to Jennifer and Matthew. Instead, invest your heart in Someone who thinks you’re worthy, and who will never disappoint.

Let’s go back to something you said yourself: “I know that my value comes from Christ, but it’s hard sometimes.” I’m thrilled you said this. And you’re right — it is hard. Daily reminding yourself that your worth and value come from God is a never-ending battle. But please, please, never stop fighting it. Seek Him every day — especially on those days when it feels the hardest.