The reputation of these good little bad boys was built on the devoted backs of countless teen girls, particularly those sheltered in evangelical circles, who felt the tugging of a desire they wouldn’t understand until seeing their first Marlon Brando movie.

If you’re one of the fifteen million official fans who have followed them since their inception, this is all information you’ve recorded in your diary. (Click here to determine whether you’re official or not.) Otherwise, you may have heard their recent single “Get the Girl Back” and found yourself saying to a friend…

Isaac, Taylor and Zac got their start singing doo wop-era covers in their hometown of Tulsa, Oklahoma. After appearing in a kids’ video with evangelical impresario Carman, the brothers began solidifying their group act. An appearance at Austin’s SXSW festival in 1996 got them signed by a manager; a performance at the Wisconsin State Fair got them signed by Mercury Records.

Following the breakthrough smash that was “MMMBop,” the mayor of Tulsa declared May 6 to be Hanson Day. It was only supposed to be a one-time thing, but millions of loyal fans still celebrate May 6 in their honor.

Meanwhile, the explosion of “Hanfic” compelled them to ask a friend to write Hanson: The Official Book. It hit #9 on the New York Times bestseller list that year.

In 1998, after album #5, label troubles set Hanson adrift on their own, and for the next five years, their history gets a little hazy. But not to worry–a third documentary was released in 2005 to tell the sad but hopeful tale of the band’s artistic and professional struggles.

After two more records, and still another documentary (a podcast version, this time), Hanson re-recorded Middle of Nowhere in its entirety at a Tulsa bar, on the 10th anniversary of Hanson Day.

I was never a huge Hanson fan, myself, but I was kind of won over when I learned what a good sense of humor these guys seem to have about themselves. As an April Fools’ Day joke, they announced their intention to record an entire album of Slipknot covers. They sang on “Dancing with the Stars,” and did a cameo in Katy Perry’s video for “Last Friday Night (T.G.I.F.).” Most recently, they toured the Great White North with Carly Rae Jepsen.

But in my opinion, their shiningest moment is the video for “Thinkin’  Bout Somethin'” which has the boys dancing around Tulsa like the Blues Brothers in the company of Weird Al Yankovic. 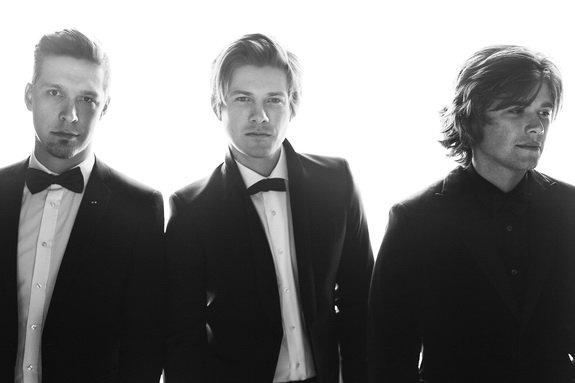 The response to Hanson’s resurgence has been strong. (Understandably.)

Sometimes, it’s been overpoweringly so.

In 2007, their tour was suspended because Isaac suffered a pulmonary embolism caused by the repetitive motions of guitar playing. In 2010, a free concert they gave in New York City was shut down when the surplus of fans erupted into a riot.

You can’t blame those fans for trying. Not only do the brothers’ good looks pull just as hard on the heartstrings as they did in their Tiger Beat days, but the adoration of their loyal following clearly touched them deeply. All three of the guys are now married to girls that they met at Hanson concerts.

Hanson’s next album comes out in June. Whatever it was they had back in the day, they’ve still got it.

Wondering what happened to a long-lost icon of modern Christian culture?
Got a hot tip on where they are now?
Email chelsea@convergemedia.org