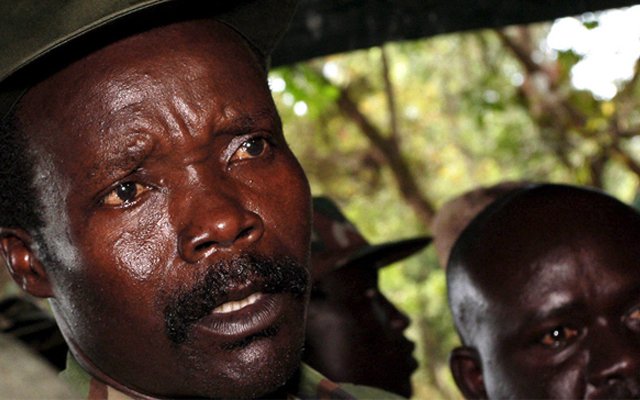 “Kony2012” was viralized only last week, and already the number and variety of hashtags being applied to the campaign’s founders are greater than your friend count on Facebook.

Fortunately for their cause, there’s no such thing as bad press.

If you haven’t seen the video, it’s because you haven’t checked your social media feed. It was released on March 5 and gathered 64 million views by the end of the week. Helmed by director Jason Russell, and starring his devastatingly cute son Gavin Danger (yes, really), the film is visually stirring enough that you don’t have to listen too closely, and as emotionally stirring as a Puccini opera. (Seriously, you couldn’t draw a better story arc with a protractor.)

“Kony2012” opens with the words “Nothing is more powerful than an idea,“ and proceeds to splice together some of the most popular imagery of the last five years — viral YouTube videos, mugging celebrities, and politicians looking stressed and busy — with footage of youngish, whitish people facing the camera with stony expressions and raised fists.

These are the backers of Invisible Children, a nonprofit group dedicated to raising awareness of the plight of child soldiers in the Lord’s Resistance Army (LRA), a cult-like guerilla group which has been active since 1987 in Uganda, Sudan, the Democratic Republic of Congo and the Central African Republic. Joseph Kony operates as warlord and cult leader of the LRA, and has historically built his army by abducting and brainwashing children into service.

Russell and his friends launched the Invisible Children campaign in 2004 with a documentary by the same name. They had traveled to Africa looking for a use for their USC film degrees; they came back powerfully affected by the plight of Ugandan children who fled their villages every night in fear of abduction. IC volunteers toured the film on a circuit of colleges, high schools, and church youth groups, firing up young people with their powerful idea, which was… child soldiery is wrong?

Since that time, IC’s efforts and the LRA’s infamy has flickered in and out of the public eye. The US government denounced the LRA as a terrorist group in 2001. In 2005, Kony was officially indicted for war crimes by the International Criminal Court. In 2008, President George W. Bush provided the assistance of US “advisors” to help the Ugandan army rout Kony from hiding; one hundred children were rescued, but Kony evaded capture. In May of 2010, President Obama signed legislation aimed at disarming Kony and the LRA. He followed this motion in October 2011 with deploying 100 US troops to get help the Ugandan army arrest Kony and senior LRA leaders.

You know about this last part if you’ve seen the Kony2012 video, which asserts that the deployment was a direct result of IC enthusiasts.

We met with congressmen and senators one by one, on both sides — Republicans, Democrats. And they all agreed with us — Joseph Kony had to be stopped. And what I was told would never happen suddenly became possible. After 8 years of work, the government finally heard us . . . 100 American advisors were sent into central Africa to assist the Ugandan army in arresting Kony and stopping the LRA. It was the first time in history that the United States took that kind of action because the people demanded it. Not for self defense, but because it was right.

But that’s only 2/3 of the way through the video.

The rest of Kony2012 echoes previous IC agit-prop . . . dubstep cranked to 11, underscoring fast-cut footage of people running, cars flashing past, flyers being scattered in the air like confetti. (Fans of the musical Newsies will recognize these cinematic conceits.) The central image is a stylized stencil portrait of Kony, layered over similar portraits of Osama bin Laden and Adolf Hitler, all on a blood-red background over the headline “Kony2012: Stop at Nothing.”

Russell proposes that viewers order Kony2012 action kits, which come with posters, stickers, buttons and two bracelets (all visually reminiscent of the ProductRED campaign . . . remember that?), and participate in the “Cover the Night” plastering event scheduled for April 20. (One hopes they’re prepared to compete for street space with picketing stoners.) Viewers are also urged to petition help from the 20 celebrities and 12 policymakers that IC has sighted as ideal champions of their cause. (The website provides a Hollywood Squares-like grid to assist you in picking a celebrity and tweeting your request at them.) Finally, you can donate money to the 3-fold IC cause.

The emotional tidal wave occasioned by “Kony2012” has naturally earned a corresponding backlash of ridicule and argument. But it’s useless fighting an emotional case with rational grounds. “Kony2012” isn’t asserting anything except that “This is wrong and we need to do something.”

And we do. I just don’t think that it’s put up posters.

Putting up posters is harmless. And I’m sure that the money isn’t going to fund anything more disastrous than another film, and perhaps a repainted fleet of IC cargo vans.

The purpose of the posters (and the film) is what opponents try to argue with, i.e. lobbying to keep US troops assisting the Ugandan army until Kony is apprehended. And there are plenty of arguments to be made, from both emotional and rational grounds, for and against this purpose. And there are people are making them. (Links included below.)

What the response to this video tells me is that rich young First Worlders want to work. The video represents something to work for. Russell says “this is something we can all agree on,” and young, privileged hearts say, “Yes we can!“

The rallying spirit behind Kony2012 is very much like the Occupy Wall Street movement. Except this time, instead of US citizens invading the financial districts of their hometowns, it’s US troops invading foreign soil. Again.

Are these energetic young people being encouraged to think before they act? To consider the practical purpose for which their emotions are being drafted?

I went to hear Russell speak at King’s College, in the basement of the Empire State Building. Stirred by the tragedy he presented, I asked Russell himself, “What can I do?”

He responded, “Whatever your talent is, you can find a way to use it to bring awareness.“

A lot of people wanted to talk to him. People were giving him phone numbers, telling him who they had access to, inviting him to visit their churches. Everyone was aware. Everyone felt like they were a part of something big and important.

That was in 2008. Since then, Kony’s number of followers has dwindled to 200. But the condition of Ugandan children has only grown worse. Is it because we weren’t aware enough?