JusTea is an organization that aims to bring social justice to Kenyan tea farmers by providing them with small tea processing centres so that they are able to process their own tea. Justea then buys their tea directly, cutting out the middleman so that farmers are able to make a living wage. We sat down with Justea’s founder Grayson Bain to find out what actually goes into store bought tea. 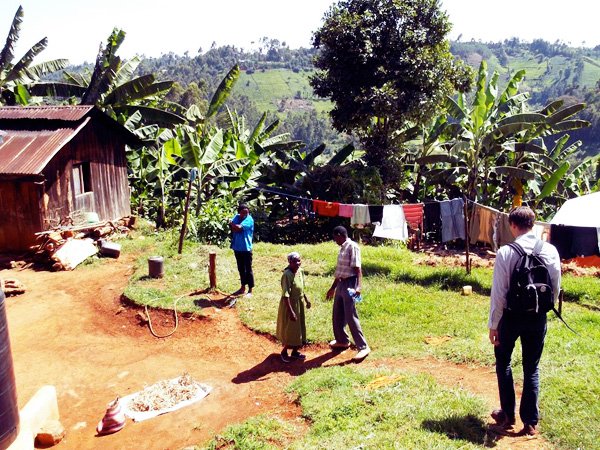 1. Tell us how you ended up in Kenya and how you stumbled upon the tea business

We were looking beyond simple charity work in Kenya, as traditional aid programs, while well intentioned, usually do not translate into meaningful, long-term solutions to the needs of the poor.  Why the tea farmers?  Was it because I found a cool idea for investment with them?  No. In fact, by the end of the trip I was tired and felt overwhelmed with many projects.  Then Davison (a tea farmer) asked me to spend time with him, and to quit looking at projects for investments.  On his tiny  one acre tea “shamba”, over many cups of tea and late into the evening we shared stories of our lives — both joys and sadness.  First the seed of a good friendship was planted. After that it became obvious to me that Davison was a logical business partner. In getting to know him through his hardships and his struggles, I began to see ways in which I could help him. And isn’t that where every business starts? By seeing a need and addressing those needs through providing a service?

2. What does an average day for a Kenyan tea farmer look like?

Start very early, milk and feed the two or three goats or cows. Have breakfast of ugali (a doughy mixture of cooked maize flour/water) and tea, and then walk to the tea fields to start plucking. Pluck tea until early afternoon (with basket on back).  Carry freshly plucked tea to the weigh station and wait two to eight hours for the truck to show up from the tea process association.  Walk back home usually after 6 p.m. with about $1.00 for the day’s work.

3. Explain how JusTea works and how it helps small scale tea farmers

Kenyan neighbours work hard together to support one another but lack opportunities. We will provide training from hand-processing tea experts so that the local farmers will learn how to process their own tea. Our approach is to engage local farmers, and local churches to establish small co-op “tea kitchens” for producing locally hand-processed tea.  We want to partner with these communities and directly purchase their tea. By doing this, we are able to provide them with a fair living wage — more than the big companies who purchase their raw tea leaves.

4. What does JusTea do that most fair trade tea companies don’t?

It’s called “direct trade”. Direct trade is where the tea consumer knows the name and location of the tea production and can even be involved in helping improve the tea quality through this relationship. As a result the tea drinker can understand the nature and environmental condition of the tea growing area. They can find out about social, political or economic factors around the specific area that their tea is grown. Simply, the tea drinker can begin a relationship with the tea grower and processor in Kenya. 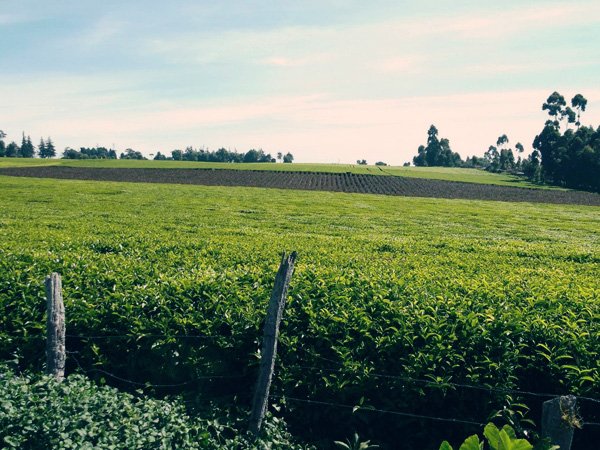 5. Are there any other parts of the world that need JusTea, will you expand?

JusTea is the nexus of a vision that sees justice and mercy shown through direct trade with farmers. In the future we can expand to other countries farmers selling tea, fruits, vegetables etc. to buyers faced with similar injustices ro Kenya’s 550,000 tea farmers.

6. Are there any health benefits to drinking tea?

It is an ancient drink that has been around for centuries and is currently the 2nd most popular drink in the world (after water). It’s very hydrating despite the caffeine. There have been studies that have linked tea in aiding everything from weight issues to reducing the risk of some cancers. Justea may even be healthier for you than store bought tea bags as some commercial brands overprocess leaves, lessening their potency.

7. Any stories of being lost in translation in Kenya?

The compact Mazda was hot and cramped after 6 hours on dusty Kenyan roads.  My lanky 6’3” son all crumpled up in the back seat decided to shoot his white feet out the window to cool down and to stretch. But this turned into a bad idea when the police stopped us and said this was a serious offence.  I explained to the officer that we were unaware of the serious crime of “feet dangerously out the window”.

The officer’s facial expression remained unchanged from the stony glare.  He then spoke only two words to us: “Organize yourselves.”  Confused about how to interpret this, I responded: “We are organized. We are on our way to our friend’s tea farm where we will be living and learning about tea with his family for the next few days.”

Even more confused than I now, the Kenyan officer repeated, “No, jipon jani … You must organize yourselves!”  Still clueless to what the officer was inferring, I also repeated myself, “We are organized! We are not tourists. We are researching small-scale tea farms in Kenya in order to establish a direct trade partnership with them.”

Finally after an hour the exasperated officer motioned for us to go, and quit wasting his time!  Our driver, Paul, began laughing at the bizarre situation we had just gotten ourselves in and said: “Why didn’t you just give him the bribe he wanted when he said ‘organize yourselves?'”

We all burst out into laughter when he explained our misinterpretation of the officer’s two simple words and then our genuine sincerity of expressing how organized we all were!