As I sit down to write this, my Twitter feed constantly updates me with 140 character descriptions from the war zone that is Gaza. I can barely keep up. Truth be told, I don’t even have the ability to compute what I read.

As of this moment the figures are as follows: 100,000 Palestinians are now displaced in 69 United Nations Relief and Works Agency shelters in Gaza; the total number of children killed has now passed 130, representing almost a quarter of all Palestinian fatalities. That translates into one child killed every hour. And the latest count in fatalities in Gaza is well over 600. 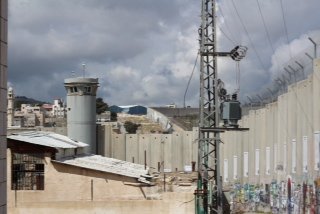 It would appear, on that thin piece of land, there is nowhere to hide. There’s nowhere to run. Nowhere where the reaches of pain and death, grief and sorrow cannot search you out. No one is immune.

Contrast that, with this.

A few miles across from the war zone (despite the continual threat of Hamas rockets, signalled by the ringing of sirens), people have adopted cinema–style seating — complete with chips, drinks, and other snacks — in order to watch the military assaults. It’s like a Hollywood summer blockbuster, without the admission charge. In all its sophistication and modernity, missiles strike, cannons thud, and cheers are raised. 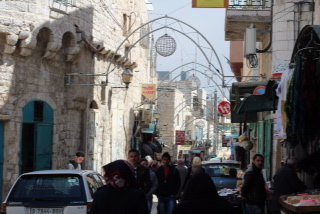 Death, war, and tragedy have been montaged into bite-size newsreels so as not to overwhelm us from the comfort of our couches.

I am in despair.

I am neither Pro-Palestinian nor Pro-Israeli. I am pro-peace. I am pro-justice. I am pro-mercy. I am pro-whatever it takes to get the leaders of Hamas and the Israeli government to do the hard and exhaustive work of peace building. I am for an immediate cessation of violence and the laying down of arms. I call on the UN and western governments to stop with the rhetoric and to show our young people that they value life, and that they are willing to broker a lasting ceasefire.

As I look at the pictures of devastation in Gaza and the obliteration of what little infrastructure they had prior to “Operation Protective Edge,” I am filled with uncertainty as to what will happen next. Sadly, the blockades will continue. The military occupation will go on, and once the missile strikes end, Gazans will try and scrape out a new life from the ashes. But what of their homes and schools and hospitals? How will they rebuild? How will the children, scarred with the mental anguish of fear and grief, return to playing and flying kites? I really do not know.

What I do know is that enough is enough.

Upon my return from Israel/Palestine a few months ago, I was filled with hope for a peace-filled future. During my trip I had met and talked with people from both sides of the wall who are determined to shape a future for their children that is filled with peace. They want to stretch a hand of friendship and grace and offer a new narrative and paradigm that values life, freedom of movement, freedom of religious expression and freedom to healthcare, education, and opportunity.

Sadly, these grassroots stories rarely make the news, but they need to be highlighted and supported. Though I am sickened by daily news reports that show division, destruction, and death, I painfully cling onto the hope that one day we will not see Israel/Palestine making headlines because of war, but because of peace and restoration.

So let’s start speaking up about injustice and oppression. Let’s join together and make a difference in this world. Let’s write, email, and call our Member of Parliaments or other elected figures, and let’s tell them we want to see peace restored to Israel/Palestine. Let’s increase our support to NGOs in Israel/Palestine who work towards a non-violent, peace-filled resolution to conflict. And most importantly, let’s pray for peace.

Because enough is enough.

Featured photo (Flickr CC) by andlun1. All other photos by Phil Reilly.