It began last fall with my prayer group.  We were going through a study on the practice of listening prayer, the act of learning how to let the Holy Spirit speak directly to us by simply listening. Throughout those weeks, I learned you can’t have a relationship with someone if you’re the one who’s doing all the talking.  What’s more, I learned God really does speak to us. If we only just listen to Him.

That’s when I started to wonder: what would happen if all of God’s children learned to listen like this?

Can you imagine what it would’ve been like if all the popes, patriarchs, and reformers of years past had been willing to put their politics aside and pray together for God’s leading? I’m convinced if every Christian had practiced listening to God through prayer, reading the Bible, and sharing what they learned with other believers, the church would look vastly different than it does today.

There would be unity in the church. And it wouldn’t involve compromising the truth.

Unity in the church is more complex and beautiful than I once thought.  It isn’t this idea that we all feel exactly the same about everything.  We aren’t called to be a collective of robots. We’re a living, breathing, growing body. And just like a body, not every part is the same.

When it comes to issues of preference, we should expect differences. We’re all created uniquely, with different passions, ministries, and gifts. Yet each of us has something to offer.

So what does it look like to share the same Spirit?  How do we actually live out this calling?

Paul says we’re “called with all humility and gentleness, with patience, showing tolerance for one another in love, being diligent to preserve the unity of the Spirit in the bond of peace” (Ephesians 4:1-3).  These are the fruits of the Spirit in action.  This is love. Which, incidentally, is the perfect bond of unity.

Many churches have pursued this unity and this love at the cost of holding firmly to the truth. They’re not wrong in desiring unity. The root of the problem isn’t their preference for unity over truth; that’s merely the symptom. 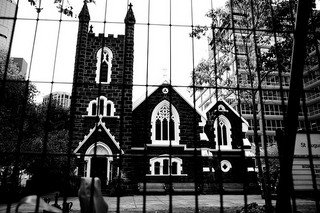 Where these churches err is in failing to hear the Spirit.  And that’s not just a church-thing. That’s where most of us get it wrong in our own lives, too. Those of us who have sacrificed unity for the sake of truth have also failed to live out our calling as the body of Christ.

I’m not saying we shouldn’t take a stand for truth.  The Bible is very clear we must avoid error and false doctrines.

Disunity can only exist when something is supposed to be in unity. And there can be no unity between truth and error or between the gospel and heresy.

The question is: how can we know the truth?

It’s the Holy Spirit who reveals what’s true in the first place. Jesus promises, “But when He, the Spirit of truth, comes, He will guide you into all the truth; for He will not speak on His own initiative, but whatever He hears, He will speak; and He will disclose to you what is to come” (John 16:13). It’s this Spirit of truth who brings about unity. There can’t be disunity and error when we’ve followed the Spirit’s guidance.

Lots of people, including myself, struggle to discern what’s from God and what’s not.  It’s easy to say we should follow the Spirit’s leading. Figuring out what this looks like practically isn’t as easy. In fact, the traditional doctrines of authority in the Orthodox, Catholic, and Protestant churches are all attempts to crystalize this process.

The Orthodox and Catholics both believe there are certain revealed truths which aren’t contained in the Bible. Truths are shared through the traditions and teachings of the church, which Jesus has established.

Many Protestants have criticized this, claiming it has allowed certain errors to creep into the church, especially concerning salvation.  Instead, Protestants believe the Bible is the only authority for Christians in all matters. This Protestant view has been criticized by Catholics because it leaves the task of interpretation up to the individual Christian, lending itself to error, since people interpret things differently.  That’s why we have thousands of divergent Protestant denominations. And they can’t all be right.

But there is a better way. Drawing from the Orthodox and the Catholic traditions, I believe scripture needs to be interpreted within the context of a community that’s in tune with the Holy Spirit. Paul says as much in his instructions to the church about assembling together.

As a church we are to test everything that’s taught or revealed to see if it’s true. And one of the primary ways of doing this is by comparing it to the Bible to see if it lines up with truth. In this context, we can also agree with the Protestants, who believe in the primacy of scripture.

We are the body of Christ. He is our head. And it’s through the Spirit that we live and grow. Let’s give Him a chance to speak.