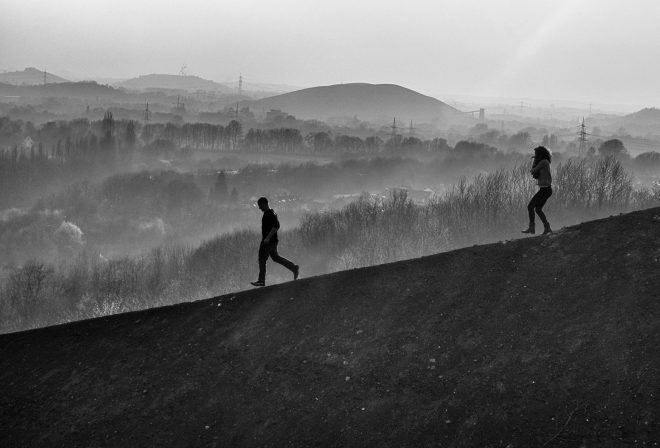 I’ve been through many bad relationships in the past where the guy would leave me, so in this relationship I was prepared for the worst from the very beginning. My ex and I dated for three months (March, April, May), and in the first two months I was very skeptical that this will last.

Whenever my ex showed any sign of affection, I would push him away knowing that this won’t last. For two months I was frustrated with myself for being unemployed, losing family members, angry at God, and I let out my frustrations on my ex. During the third month I fell in love with him, I realized that this could last, and he’s seen my worst and supported me all this time. So whenever I showed him affection, the tables have turned and he pushed me away. He admitted he lost attraction towards me and the relationship quickly escalated to friendship.

He broke up with me on May 31, and wants to be friends with me — like really good friends because I’m fun to be around. I want something more, and I want to make things right. I love him, I have a hard time accepting the breakup as well as the friendship and I want him back. He’s been messaging me right after the break up and what not… but as friends.

For the first week or so, we remained friends, however I had to break it off cuz it was hurting too much. I unfriended him on Facebook two days ago and he blocked me on Facebook altogether. I really love this guy and I know he wants to move on… but I was just wondering, is there any hope left? I love him A LOT.

I want to know how I can get him back.

I so wish I could talk this out with you over a cup of coffee, because I’ve been where you are several times myself. Breakups suck. Right now in the midst of the heartache and loss, it feels like he is the solution to your sadness. I know you want him back. I know you love him. But getting him back won’t fix anything.

Here are a few things I noticed:

1. “I was prepared for the worst since the beginning.”

This is what I like to call “defensive pessimism.” Instead of getting your hopes up and then getting hurt, you prepare yourself for the worst so that you might be pleasantly surprised instead. Let me tell you this from experience: it doesn’t work.

You think that your history of terrible relationships means that you are unlovable. You’re just stuck in another short-lived, less than meaningful relationship that is probably going to end just like the last one. And guess what? It probably WILL end the same as the rest if you keep repeating the same patterns of behaviour.

A new relationship is just that: new. A new person, a new way of communicating, and a new start. When you reflect the actions of people that came before onto someone new, you’re not giving him a fair chance. You’re pushing him away before he even has the chance to get close. Learn to identify this behaviour in yourself. It’s normal and understandable to feel like this, but don’t let it guide your interactions. Trust people when they say they like you and want to be around you. It is good and healthy to be excited and hopeful at the start of a relationship.

2. You can’t be friends right now.

Your emotions are running too high. Take some time apart. Find some perspective. If you both want something different, it’s not going to work, and it is going to hurt like mad. I think you already figured out it’s too hard to be his friend when you desperately want to be something more — that’s why you unfriended him. Give it some time. Wait it out. Re-evaluate your friendship status when the wounds aren’t so fresh.

Since I don’t know you, I can’t be a totally fair judge of this. But I do know this: the kind of love that is lasting and deep likely doesn’t happen in three months, especially if you spent the first two pushing him away. Yes, you can feel deeply for someone, but the depth of the love you feel now is merely scratching the surface. A wise married friend once told me that she thought she understood what it was like to love someone deeply, and then she got married. More than a decade later, she’s still discovering what means to love her husband A LOT. Loving someone like this is not something you (or I) can fully comprehend at this stage in our lives.

Yes, it sucks to let him go. Yes, it’s scary to be alone. Yes, in the midst of all of your emotions it feels like you could never feel like this ever again. But let me ask you this: was there ever a time in your life before this guy came along that you were happy and fulfilled? Probably. Does that mean after the dust has settled and your emotions have evened out that you can be happy and fulfilled again? Yes. A hundred times yes.

My friend, you are a daughter of the Creator of the universe. You are wildly and deeply loved beyond anything you can comprehend. The mess of this relationship and the ones previous do not imply that someone could never love you the way you want to be loved. All hope is not lost. I don’t think getting him back will fix the heartache you’re feeling right now. Spend some time with the One who loves you the deepest. Ask to see yourself the way God sees you. Let down some of your defences and you may be pleasantly surprised — there already IS someone who loves you the way you want to be loved.

Here’s what you need to do to be a part of the fun:

If you have a question, leave a comment, send me a tweet (@mandiemariebee) or an email (askamanda@convergemedia.org). Please include your first name (I won’t answer any questions sent in by bubbleguppy5000. Unless that’s your real name), age, and place of residence. I’ll do my best to answer your questions.