He whom God sent into the world to be the light of the world, and head of the whole church, and the perfect example of true religion and virtue, for the imitation of all, the Shepherd whom the whole flock should follow wherever he goes, even the Lord Jesus Christ, was a person who was remarkably of a tender and affectionate heart; and his virtue was expressed very much in the exercise of holy affections. He was the greatest instance of ardency, vigor and strength of love, to both God and man, that ever was. It was these affections which got the victory, in that mighty struggle and conflict of his affections, in his agonies, when “he prayed more earnestly, and offered strong crying and tears,” and wrestled in tears and in blood.

Such was the power of the exercises of his holy love, that they were stronger than death, and in that great struggle, overcame those strong exercises of the natural affections of fear and grief, when he was sore amazed, and his soul was exceeding sorrowful, even unto death. And he also appeared to be full of affection in the course of his life. We read of his great zeal, fulfilling that in the 69th Psalm, “The zeal of thine house hath eaten me up,” John 2:17. We read of his grief for the sins of men, Mark 3:5: “He looked round about on them with anger, being grieved for the hardness of their hearts;” and his breaking forth in tears and exclamations, from the consideration of the sin and misery of ungodly men and on the sight of the city of Jerusalem, which was full of such inhabitants, Luke 19:41, 42: “And, when he was come near, he beheld the city, and wept over it, saying, if thou hadst known, even thou, at least in this thy day, the things which belong unto thy peace! But now they are hid from thine eyes.” With chap. 13:34, “O Jerusalem, Jerusalem, which killest the prophets, and stonest them that are sent unto thee; how often would I have gathered thy children together, as a hen doth gather her brood under her wings, and ye would not!”

We read of Christ’s earnest desire, Luke 22:15: “With desire have I desired to eat this passover with you before I suffer.” We often read of the affection of pity or compassion in Christ, Matt. 15:32, and 18:34. Luke 7:13, and of his “being moved with compassion,” Matt. 9:36, and 14:14, and Mark 6:34. And how tender did his heart appear to be, on occasion of Mary’s and Martha’s mourning for their brother, and coming to him with their complaints and tears! Their tears soon drew tears from his eyes; he was affected with their grief, and wept with them; though he knew their sorrow should so soon be turned into joy, by their brother’s being raised from the dead; see John 11.

And how ineffably affectionate was that last and dying discourse, which Jesus had with his eleven disciples the evening before he was crucified; when he told them he was going away, and foretold them the great difficulties and sufferings they should meet with in the world, when he was gone; and comforted and counseled them as his dear little children; and bequeathed to them his Holy Spirit, and therein his peace, and his comfort and joy, as it were in his last will and testament, in the 13th, 14th, 15th, and 16th chapters of John; and concluded the whole with that affectionate intercessory prayer for them, and his whole church, in chap. 17. Of all the discourses ever penned, or uttered by the mouth of any man, this seems to be the most affectionate and affecting. 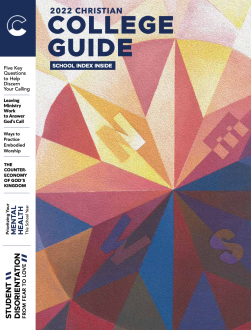